Here’s a story we can all re-learn. It’s a valuable lesson on the persistent qualities of one man in history.

It’s about an army faced with ridiculous odds and how their leader instilled his values upon the men and led them through a 7 year war. 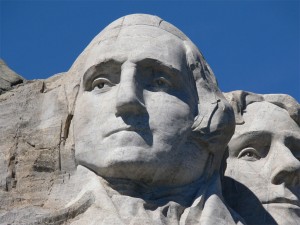 Before the birth of our nation, we started as 13 British owned colonies. We operated to improve the luxury & quality of life for great Britain. The citizens living in the colonies were tired of a foreign dictator raising taxes, giving them orders, and poor wages for their goods and crops.

Frustrated with the unfair treatment between Great Britain and the colonies, these tension led to the American Revolution.

Faced with ridiculous odds, the colonists appointed George Washington as General of the Army to stand up to Great Britain.

Before accepting the position, Washington knew that earning their freedom was going to come at a heavy price. But he had a strong belief that one day the people could govern themselves instead of being underneath a dictatorship.

George Washington knew he had to stand up for his beliefs. He took up arms and led other farmers, business owners, and common citizens into a head-on conflict with the most powerful land and Navy force of their time.

The task ahead was so impossible that he had a hard time convincing citizens to join the militia. After all, they were facing a giant power without training, without funding, and without experienced soldiers.

How were they ever going to make a difference?

Throughout the war, Washington was plagued with problems from the start.

He was not great at public speaking

He was not good at battle tactics

He could not provide proper clothing and food for his army

He faced terribly cold winters and low morale with soldiers

But here’s what he did have…

A strong belief that people should govern theselves.

A courage to charge into battle and never give up

A willingness to learn from others and accept the advice of his councel.

General Washingon used his belief in the people to build a militia that could stand up to the super power of Great Britain. The war took its toll and tested every ounce of willpower Washington had.

The battles were brutal and usually lost.

The winters were freezing without shelter or clothing.

They were always outnumbered & outgunned.

At times, months would go by without enough food to keep the army alive.

Disease was always lingering within the army.

His men felt tired, defeated, hungry, and they missed their families

Alas, 239 years later, our country is not a tyrant nation. It has become a free government still ran by the people. It took one man’s dedication to his belief to win the war. He stuck with his talents and recruited the help of others when he needed.

When you think about your own life and the fitness struggles you might face, think about the long enduring war George Washington and his men faced. Surely our challenges pale in comparison but we can still learn a valuable lesson.

If we believe in ourselves and have an important enough cause to pursue (such as improving our health and fitness) we will have strength to face overwhelming odds.

With a strong enough cause we will be self-motivated and inspired to charge forward and learn new skills like meal prepping in advance.

After all, it’s not like we have to starve for months while living out in the snow and freezing cold winter. Compared to that, fitting back into a smaller size dress isn’t so hard right?

There are others out there with more experience. Seek their advice and join a group of like-minded people to rally with your cause!!

Washington had brilliant minds to help create his vision and an army of people to fight for it.

What will you do to inspire yourself and others to get fit and stay fit?

When you hear that voice inside your head that says, “this is too hard for me, I’ll never make it.” Think about George Washington’s 7 years of hardship and how he got through overwhelming odds.

Can you think more like Washington? How can you apply that to your health? 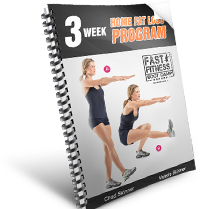